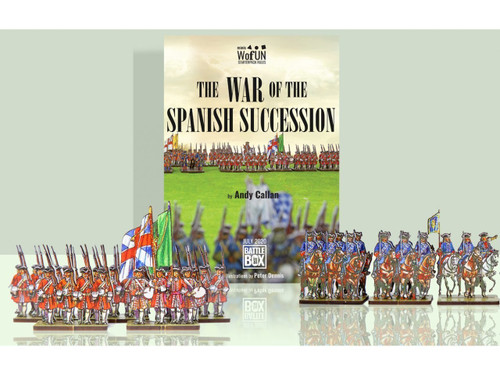 The War of the Spanish Succession 18 mm Starter Pack contains 2270 characters on 31 sprues and a set of PDF wargaming rules for battles written by Andy Callan. The PDF rules will be available on your site account in the download section right after you place the order.

Here are the armies included in the full pack:

Grenadiers a cheval and Mounted Generals