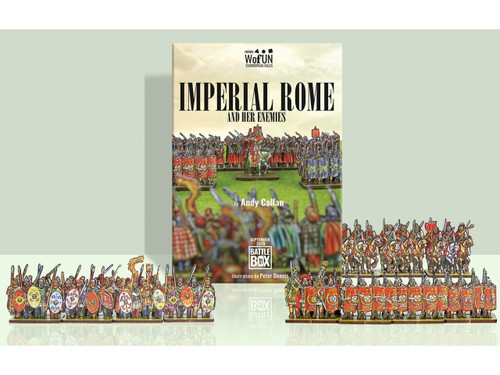 The Imperial Rome 28 mm Starter Pack contains 461 characters on 6 sprues and a PDF set of wargaming rules for battles written by Andy Callan. The PDF rules will be available on your site account in the download section right after you place the order. The author has written the Starter Pack rules, with generic "barbarian" armies so that you can purchase any of the three versions of Romans vs. either Britons, Germans, or Dacians.